Concussion management for children and adolescents

Concussion management for children and adolescents

With winter contact sports now in full swing, it’s the time of year that I am more likely to see children and adolescents in Lane Cove Physio recovering from a concussion.

The management of concussions in sport, particularly in younger people is a critical part of ensuring sports are played safely.

Thankfully our soft brains are protected by a hard skull casing, but when the head or body encounters a hard impact, the brain can bounce up against the hard skull wall, and injure it.

What is a concussion?

Put simply, a concussion is a mild brain injury that can happen after a person has suffered an injury to the head from a collision, falling, or being hit in the head with an object.

How do I know if my child has a concussion?

Children and adolescents who sustain a concussion may have a variety of symptoms. Any potential sign of concussion occurring soon after a head trauma during a sports event should lead to immediate removal of the child or adolescent from activity and further assessment.

The most common symptoms of concussion include:

For concussion in adults, an incorrect response to any question on the tests such as the Westmead posttraumatic amnesia scale is considered a positive for cognitive impairment after a head injury:

Recovering from a concussion

During recovery, children and adolescents suffering from concussions may be particularly vulnerable to worsening symptoms, additional concussions, or potential catastrophic outcomes, such as second impact syndrome if repeated injury occurs.

In addition to removal from organised athletic activities, children and adolescents recovering from concussions should also avoid any recreational activities that may result in a second head injury. Activities such as cycling, skateboarding, ice skating, or skiing should be avoided until they are cleared for competition.

What is the treatment for a concussion?

A concussion does not usually need treatment, with most getting better on their own over time. Some people’s symptoms go away within minutes to hours while others have symptoms for weeks to months.

Physical rest — For children and adolescents with concussions, we recommend a period of physical rest lasting 24 to 48 hours followed by a gradual and progressive return to noncontact, supervised, activity to avoid symptom exacerbation until full recovery, rather than strict physical rest.

Cognitive rest – For children and adolescents with a concussion whose symptoms are made worse by activities such as reading, video games, or screen time, we suggest reasonable rest consisting of light cognitive activities such as watching television, family interaction, and limited amounts of work that does not exacerbate symptoms.

For more information on concussions, how to treat them and how to return safely back to sport and work, give us a call to book an appointment. 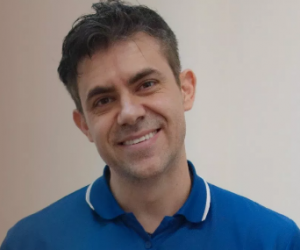